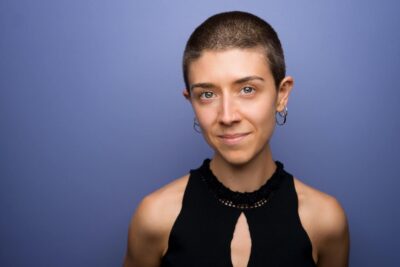 T follows four clients, two therapists, and one ASL interpreter through 24 hours at an eating disorder clinic in Upstate New York. At the beginning of the play, we meet Sam on their final day of treatment, confronted with the harsh reality of whether or not they’re ready to re enter the real world. These questions are thrown dramatically into question as a lover and friend from their past appears, making them both question if what feels good is really what is healthy. From ballet dancing and spoken poetry, to cracking eggs and game shows, this disordered young adult fantasia explores the messiness of being young and sick, and what fighting for your own healing really looks like.