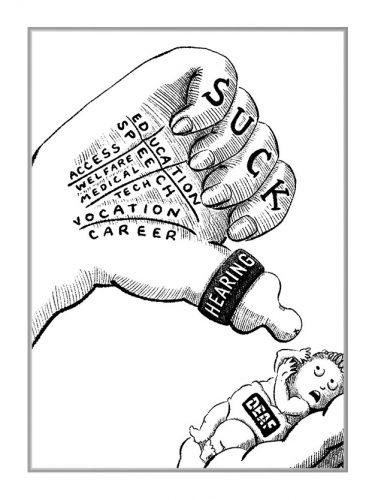 Please UNtranslate Me, written by Deaf playwright, Monique Holt, explores the very essence of the ASL language and will portray the Deaf experience and culture in their living visual language. Using light, shadow play and multimedia, this production will explore the question, “What does ‘UN-translating’ a language, mean to the ASL users?”. This year we are focussed on creating ACT 2.

Come join us for a live Q&A with the Team June 30, 2021 at 7pm-
Register in advance for this webinar:
https://zoom.us/webinar/register/WN_yBiMxVBDRLmwKlwhTYzUqg

After registering, you will receive a confirmation email containing information about joining the webinar.
Make sure to rent the film and watch on your own prior to the Q&A with the artists.

H-Dirksen L. Bauman (Dramaturg) is Professor of Deaf Studies at Gallaudet University. He is the co-editor of the book/DVD project, Signing the Body Poetic: Essays in American Sign Language (U of California P, 2006); editor of Open Your Eyes: Deaf Studies Talking (U of Minnesota P, 2008); co-editor of Deaf-Gain: Raising the Stakes for Human Diversity (U of Minnesota P, 2014) and co-author of Transformative Conversations: Mentoring Communities among Colleagues in Higher Education (Jossey Bass, 2013).  He is the founding  Co-editor of the Deaf Studies Digital Journal, founding Director of ASL Connect and executive producer and co-director of the film, Audism Unveiled.  His current research interests are situated at the intersection of poetics, philosophy and performance studies.

Please UNtranslate Me was originally developed through IRT’s Residency Program. This program is supported, in part, by public funds from the New York City Department of Cultural Affairs in Partnership with the City Council. Support for captioning and ASL interpretation on this production provided in part through funding from Access A.R.T./New York, a program of the Alliance of Resident Theatres/New York (A.R.T./New York).