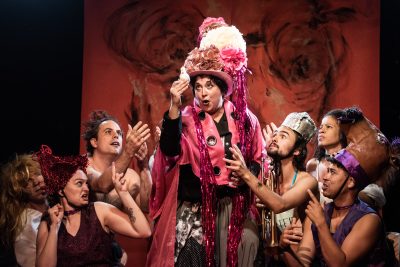 New Ohio Theatre develops and presents the boldest and most innovative work from NYC’s diverse independent theatre community, actively expanding the boundaries of what theatre is, how it’s made, and who makes it. With a 28 year history and two Obie Awards for Sustained Excellence for developing and presenting new work, we have established ourselves as a pillar of the downtown independent theatre community. We are known for our eclectic, expansive sensibilities, our artist-centric philosophy, and for creating an environment of generosity and open access.

IRT Theater is a grassroots laboratory for independent theater and performance in New York City, providing space and support to a new generation of artists. Tucked away in the old Archive Building in Greenwich Village, IRT’s mission is to build a community of emerging and established artists by creating a home for the development and presentation of new work.