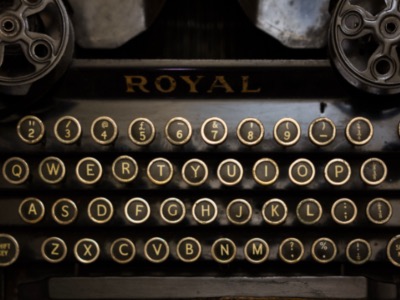 A struggling barber has only three days to find his troubled brother, reunite him with his family, and somehow repay a vicious debt collector. The walls of the city are looming higher than ever, and the only option is to escape or die.

Tessa will do anything for her son, Felix. But when a far-off war begins to drag the men in the village away, she finds Felix surrounded by dangers she never expected to encounter and is forced to ask herself what she is willing to sacrifice to protect her son, even if it is from himself.

Stephen Foglia (Playwright) is a playwright and director from St. Louis. Stephen’s adaptations of Joyce’s Ulysses and The 1,001 Nights were performed at the Dallas Museum Of Art. His play TINDERSTICKS debuted in a production sponsored by Undermain Theatre in 2013. In 2015 he wrote and directed an immersive detective story, MISTRESS OF THE HOUSE, and a dance-theatre piece, VOYAGER. His play THE WOODKING’S DAUGHTER a workshop production at Dixon Place. Stephen is a member of Lincoln Center Directors Lab and a second-year student in the MFA Playwriting Program at Columbia University.

“You’ve got yours/
and I’ve got mine/
but we’ll have ours if Father Time is kind.

You’re not sure/
but that’s just fine/
We’ll see where we are ten years down the line.”*

Tom Nieboer (Playwright) is a New York-based playwright from Mora, Minnesota. He holds an MFA in Playwriting from The Lir Academy, and has studied under the tutelage of acclaimed playwrights Beth Henley and Conor McPherson. His work has been produced as part of the Tiger Dublin Fringe Festival, as well as at The Skylight Theater and The Lyric Theater in Los Angeles. Tom is a founding member of Los Angeles-based theater company The Tavern Rakes.

After a violent tragedy tears a hole in the fabric of a community, its residents come together to wrestle with their past they’ve inherited, the present they live in, and the uncertain future they now face.

Aeneas Sagar Hemphill (Playwright) is a New York-based playwright and actor completing his MFA in Playwriting at Columbia University under the guidance of David Henry Hwang, Lynn Nottage, and Charles Mee. There, he has produced his plays Ariadne, A Stitch Here or There: A Sock Tragedy, The Wordless End, an adaptation of the the life and writing of Rabindranath Tagore, The Invisible Sheikh, an examination of the Western narrative of terrorism, and The Troll King Rises, the first of a developing play cycle about the internet and misogyny in gamer culture.