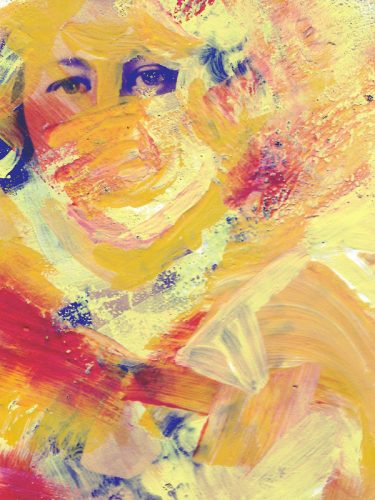 Adapted and Directed by Andrew Watkins Co-produced by Becky Abramowitz

“He asked me all sorts of questions, pretending to be very loving and kind.”

Confined to rest and separated from her new-born child, a woman struggles to come to terms with a mental health diagnosis. As she vacillates between self-assurance and doubt, the yellow wallpaper that decorates her room becomes an unusual source of comfort. A multimedia staging of Charlotte Perkins Gilman’s searing indictment of the 19th century medical community provides an intimate look at a deteriorating mental state and a radical examination of destructive relationships between men and women.

Adapted and Directed by Andrew Watkins
Co-produced by Becky Abramowitz

Andrew Watkins (Director/Adaptor) Directing credits include: Miss Julie, Hedda Gabler, Dostoevsky’s A Gentle Spirit The Buck, True West, The Dumb Waiter, Before You Go, among others. Associate/assistant credits credits include: Broadway: Network (dir. Ivo van Hove), Franky and Johnny at the Claire de Lune; TFANA: The Winter’s Tale, The Skin of Our Teeth, and The Father and Doll’s House, and was an invited participant in their 2016-17 Actor/Director project; Internationaal Theater Amsterdam/Ruhrtriennale Festival: The Things That Pass; The Guthrie: The Lion in Winter; Directing observer at the Schaubühne Berlin. Education: Fordham University Lincoln Center, BA Theatre Directing; Royal Conservatoire of Scotland; London Dramatic Academy.

Sophie Sagan-Gutherz (they/them) has most recently returned from the Williamstown Theatre Festival’s 2019 Non-Equity Company. Off-Broadway: Twin Size Beds (The Public), I Was Unbecoming Then (Ars Nova), Our Town (Rattlestick Theatre) and The Skin of Our Teeth (Theatre For A New Audience). They are also a proud member of Ring of Keys: a collective of queer women, non-binary, and trans people in musical theater. sophiesagangutherz.com