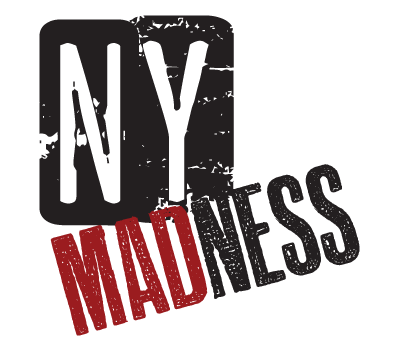 The MadLab at IRT will be a week long celebration of new works that grew out of New York Madness short plays. There will be staged readings of full-lengths, one acts, and a screening of short films that all came from works originated in New York Madness’s first five seasons.

The primary goal of Madness is the development of modern American playwriting by broadening the national conversation on the issues we are concerned with as artists, within a structured exploration, advancing the mode of storytelling in theater for the writers who are at the bottom of the totem pole. We are also expanding to be a place for all artists to experiment with their craft in theatre and new media.

THE VIOLET SISTERS
by Gina Femia
Thursday, July 2, 8:00pm
When Pam comes home to attend her father’s funeral in the wake of Hurricane Sandy, she is greeted by an angry sister, a dilapidated house and a past she can’t escape.

DINNER WITH FRENEMIES
by Cecilia Copeland
Friday, July 3, 8:00pm
Kori and Will are video game designers and best friends — who can’t stand each other’s partners.  What was supposed to be a friendly dinner party has more traps, pitfalls, and unexpected levels than one of their games.

BLOODY MARY
a one-act play
by Penny Jackson
Sunday, July 5, 2:00pm
Be careful for what you wish for during a Republican presidential fund raiser in Connecticut! The famous and beautiful Bloody Mary is summoned to interrupt with her ghoulish pranks, feminist ideals and a commitment to helping teenage girls attend Burning Man.

WORKS FOR ME
a one-act play
by Jerry Polner
Sunday, July 5, 2:00pm
Did that last temp job seem like the beginnings of a police state, or was it just your imagination?

UPON THE FRAGILE SHORE
by Caridad Svich
Sunday, July 5, 8:00pm
From Louisiana to Syria, Venezuela to Colorado, the Western Sahara to Nigeria, Boston to Malaysia — a story of lives lived in the aftermath of tragedies. A play-conversation about everyday acts of heroism.

(Followed by a closing night reception!)

Join us on SATURDAY JULY 4TH for a special 3:00pm screening of short films! With a company PARTY on Saturday night… Details to follow!

Producing Associate:  Michele Travis has directed plays in Lower East Side storefronts, Brooklyn basements, Manhattan black boxes, and Boston nightclubs.  She is pleased to be currently co-producing Sticky, the long running site-specific short play series created by Libby Emmons and David Marcus. She is a script reader for the Public Theater, a Lincoln Center Directors Lab alumnus, and a member of the League of Professional Theatre Women.  MFA in Directing from Brooklyn College, CUNY.

Associate Producer: Tiffany Fisher-Love is a stage manager, electrician and producer. NY Credits: Anthem (Random Access Theater), Below (Exquisite Corpse Company), BFE (Theatre for a New City) and The Theater Lab (Silent Street Productions). Other credits include: A Night at the Opera (Opera Night Ireland), And Then They Came for Me (Diana Wortham Theater), Canterbury Tales and Romeo and Juliet (Aquilla Theatre) and The Dresser (NCSC).

IRT Theater is a grassroots laboratory for independent theater and performance in New York City, providing space and support to a new generation of artists. Tucked away in the old Archive Building in Greenwich Village, IRT’s mission is to build a community of emerging and established artists by creating a home for the development and presentation of new work. Some of the artists we have supported include Young Jean Lee, Reggie Watts,  And Mike Daisey.