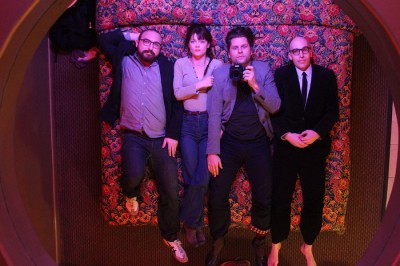 THE ESSENTIAL STRAIGHT & NARROW / The Mad Ones – The latest from the Drama Desk-nominated The Mad Ones: a lo-fi ode to the Kodachrome 1970s, rock and roll antics, and the mystical American Southwest. The Essential Straight & Narrow recalls a roadside layover in Pinos Altos, New Mexico, where passing the time becomes reliving the past. Between original country rock song, bouts of $10,000 Pyramid, and late night craft time, The Mad Ones turn out an intimate anthem about regret and reinvention.